A new theory of computer input revealing insights into why touchscreenÂ gaming is so awkward has been proposed by Aalto University researchers. A team led by Aalto’s Byungjoo Lee performed experiments in which participants were asked to tap a display when a target would appear, and the data uncovered substantial differences between physical keys and touchscreens in how reliably users could time their presses. “We found a systematic pattern in timing performance that we could capture mathematically,” Lee says. In their theory, the researchers cite three sources of error that make timing difficult with touchscreens: the inability for people to keep the finger at a constant distance above the surface, the difficulty for the neural system to predict when the input event has been registered when the finger makes contact with the surface, and the need to process the event in the application, which creates more latency. The theory suggests users’ performance can be enhanced by making touch events more predictable, and registering the event when the finger’s contact area on the surface is the maximum can help improve timing performance. However, Aalto professor Antti Oulasvirta says because the finger travel distance varies and creates unpredictability, the implication is touchscreens will always be inferior to physical keys inÂ gaming. The research will be presented this month at the ACM CHI 2016 conference in San Jose, CA. 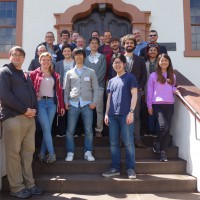