“Spending hours on a computer or sending lots of text messages on a mobile phone can result in a stiff neck and sometimes even a strained thumb. Computer scientists in SaarbrÃ¼cken have developed a procedure that simulates in a lifelike manner which muscles and joints are put under particular strain when using IT devices. It also demonstrates the speed and accuracy with which a user can operate a device. The method developed by the researchers uses cameras to capture the motion of a test subject and then projects these movements onto a model of the human body. The technique is of potential interest to product designers and occupational physicians. ” 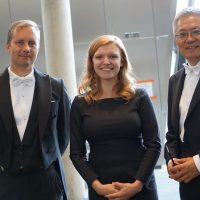 Antti delivers a talk “Can Computers Design?” at interaction16